Someone on Twitter has shared that he has become a trillionaire after he invested some money in an obscure cryptocurrency. However, the people behind the platform Coinbase have told him that it was a mistake.

The man in question has invested about $20 in an obscure cryptocurrency. Obviously, he didn’t care much about it and only checked his investment from time to time. That was the case this time because he found out that his investment had made him a trillionaire.

The man, Chris Williamson, didn’t expect to become a trillionaire from his $20 investment in 2021. However, his newfound wealth was only temporary because it was no more than a visual glitch on Coinbase.

Chris had also said that he had been investing money in cryptocurrency for around eight months before this interesting event happened. He is a student at Georgia Nurse School and has been using Coinbase to look into cryptocurrency.

Overnight, his investment turned into $1.4 trillion. According to Chris, he woke up around 9 AM only to find that he had become a trillionaire. He thought he was dreaming.

Chris’s reaction to the glitch

After he had assessed the situation, he opened his Coinbase app again to double-check his portfolio. However, he saw a different price on the screen when he tried to move the funds outside of the app. So he contacted the company via Twitter to learn of what actually happened.

Chris revealed that the company told him that they were going to take care of it. He also tried to contact Rocket Bunny to get some clarification but got no reply.

He then talked about the event some more on Twitter to amuse himself. Chris told everyone that there was no way his $20 investment had grown into $1.4 trillion. The nursing intern expected it to be a visual glitch, which is going to get sorted out soon.

Before the glitch got sorted out, however, the number of people reading his tweet had grown immensely. Soon after that, Chris tweeted Elon Musk, the CEO of Tesla, asking him jokingly about what to do with his newfound wealth. He had hoped that Elon would respond to his tweet.

Chris’s plan with the money

Chris didn’t let this chance slip by without joking about his future plans with his newfound wealth. He said that with that amount of money, he is planning to do good with it. His number one priority was buying a penguin-shaped yacht.

A Twitter account belonging to Coinbase support replied to his tweet, saying that the yacht will have to wait because it’s merely a visual glitch. And that they are working to fix the problem soon. Another funny thing is that Chris continued tweeting about this issue until day five and no fix was coming.

It was a really good story about cryptocurrency. Although it was nothing more than a visual glitch, Chris was really hopeful about his investment. You might never see a billion dollars from your investment, but investing in cryptocurrency is still a good idea. 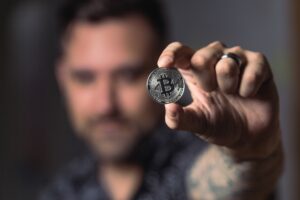 Next post Crypto Wash Sale Rule: What All Investors Need to Know